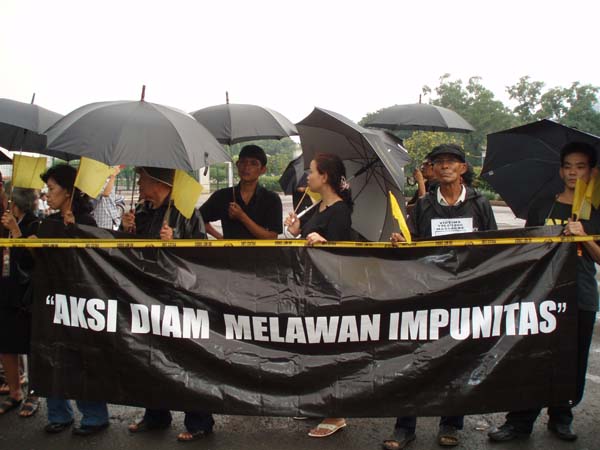 Indonesian President-elect Joko Widodo must address key human rights issues during the first 100 days of his five-year term, FIDH and its member organization KontraS (The Commission for the Disappeared and Victims of Violence) said . On 22 July, Indonesia’s Election Commission (KPU) announced that Joko Widodo, widely known as ‘Jokowi’, won the 9 July presidential election.

Paris, Jakarta, 24 July 2014: Indonesian President-elect Joko Widodo must address key human rights issues during the first 100 days of his five-year term, FIDH and its member organization KontraS (The Commission for the Disappeared and Victims of Violence) said today. On 22 July, Indonesia’s Election Commission (KPU) announced that Joko Widodo, widely known as ‘Jokowi’, won the 9 July presidential election with 53% per cent of the vote against nearly 47% for former army general Prabowo Subianto. Voter turnout was about 70% of the more than 190 million eligible voters.

In a document that outlined his vision, mission, and working programs for Indonesia, Mr. Widodo listed several key human rights pledges. They include: 1) combating impunity for past human rights violations; 2) ensuring that the rights of indigenous people are protected when development and investment projects are contemplated; 3) protecting freedom of religion; 4) and promoting the respect for human rights in ASEAN in accordance with the provisions of the ASEAN Charter.

“During the election campaign, Jokowi talked the talk about human rights. Now he has to show that he can walk the walk,” said KontraS Executive Director Haris Azhar. “The Indonesian people elected Jokowi because he represented a clean break from the country’s past. Now he has a golden opportunity to address the human rights challenges that he inherited from previous administrations. His priority should be to confront and eliminate the pervasive culture of impunity for serious human rights violations, particularly those committed by members of the armed forces and their proxies during decades of military rule,” Mr. Azhar added.

FIDH and KontraS call on President Widodo to to take significant steps during his first 100 days in order to address Indonesia’s key human rights challenges. Steps include:

How to Support The Campaign