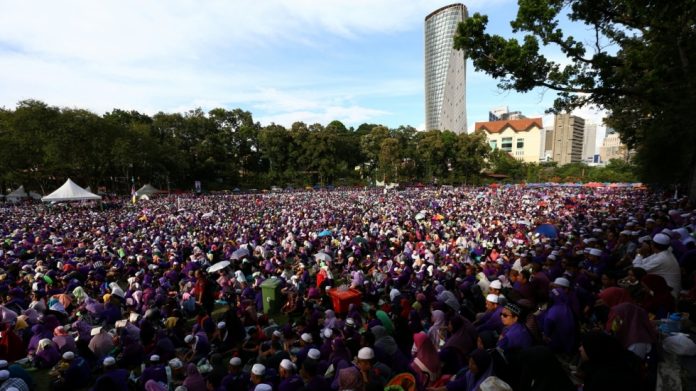 The women had pleaded guilty to charges under Islamic laws forbidding sex between two women, and were sentenced to a fine and six strokes of the cane

A Malaysian religious court on Tuesday postponed a caning sentence on two women convicted for having sex, media reports said, amid an outcry from human rights activists.

The lesbian, gay, bisexual and transgender (LGBT) community is routinely persecuted in Muslim-majority Malaysia, where sodomy is a crime and is seen as a threat to conservative values.

The women had pleaded guilty to charges under Islamic laws forbidding lesbian sex. They were sentenced to a fine and six strokes of the cane, with the punishment to be carried out on Tuesday.

The case had sparked an outcry with civil rights groups decrying the caning as torture.

The Sharia High Court in Terengganu, however, postponed the punishment to September 3 due to “technical reasons”, media said.

“A few agencies will be involved in the punishment, and there are some technical issues that have yet to be resolved,” court registrar Nurul Huda Abdul Rahman was quoted as saying by English-language daily The Star.

Civil rights groups say intolerance towards the LGBT community in Malaysia has been increasing in recent months.

A transgender woman was brutally beaten up by a group of assailants in Seremban, south of Kuala Lumpur on August 15, in what activists said was part of a growing hostility towards gay and transgender people in Malaysia.