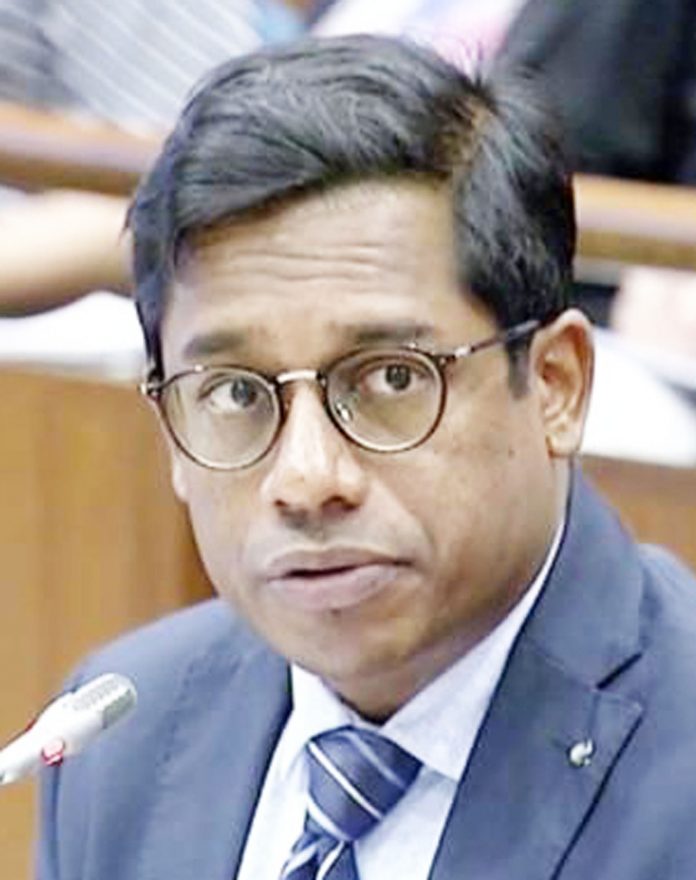 The Government has appointed Dr Shashi Jayakumar from the S. Raja-ratnam School of International Studies (RSIS) as Singapore’s representative to an Asean commission which promotes human rights.

His appointment will take effect from today, said the Foreign Affairs Ministry in a statement yesterday.

Dr Jayakumar, who is taking over from veteran diplomat Barry Desker, will be Singapore’s fourth representative on the Asean Intergovernmental Commission on Human Rights (AICHR), which was inaugurated in 2009.

The AICHR was responsible for developing the Asean Human Rights Declaration adopted by Asean leaders at their summit in Phnom Penh in 2012.

Law don Eugene Tan from the Singapore Management University (SMU) has been appointed as Singapore’s alternate representative to the AICHR. He will represent Singapore in Dr Jayakumar’s absence.

Dr Jayakumar currently heads the Centre of Excellence for National Security and is also the executive coordinator for Future Issues and Technology at RSIS, Nanyang Technological University.

He was a member of the Singapore administrative service from 2002 to 2017, and was a senior visiting research fellow at the Lee Kuan Yew School of Public Policy from 2011 to 2014.

Associate Professor Tan, a former Nominated Member of Parliament, teaches at the law, business and social sciences schools at SMU.

He is also an adjunct faculty member at the Singapore University of Technology and Design and an associate at the Centre for International Law at the National University of Singapore.