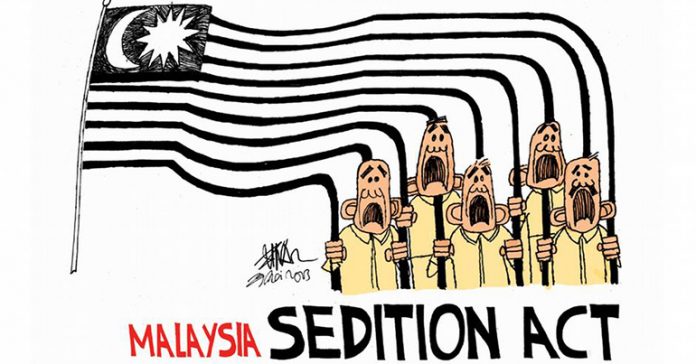 Bills to abolish the death penalty and the Sedition Act, two of Malaysia’s archaic colonial-era laws, are expected to be tabled at the current sitting of parliament, which commenced this week in Kuala Lumpur. Human rights activists have welcomed the move but remain wary of sudden political u-turns

Zulkiflee SM Anwar Ulhaque, better known as Zunar to Malaysians, is a political cartoonist. He currently faces up to 43 years in prison for criticising the Malaysian government Illustration: Zunar

Pakatan Harapan’s (PH’s) historic election win earlier this year shook up the country’s politics and saw the miraculous fall of the Barisan Nasional (BN) coalition, which had ruled over the country with an iron fist for 61 years. And in the months since that dramatic turnaround, changes have started to materialise.

On the World Day Against the Death Penalty, 10 October, newly minted Minister in the Prime Minister’s Department for Legal Affairs Liew Vui Keong stated, “all death penalty will be abolished. Full stop. As it stands today, the decision is to abolish the death penalty.”

This was soon followed by the news that the parliament would also review the Sedition Act, a law that in the past critics have claimed has been used to stifle free speech and government opposition. While activists have expressed delight at this news, questions about how this will be carried out remain.

What will happen to the prisoners on death row 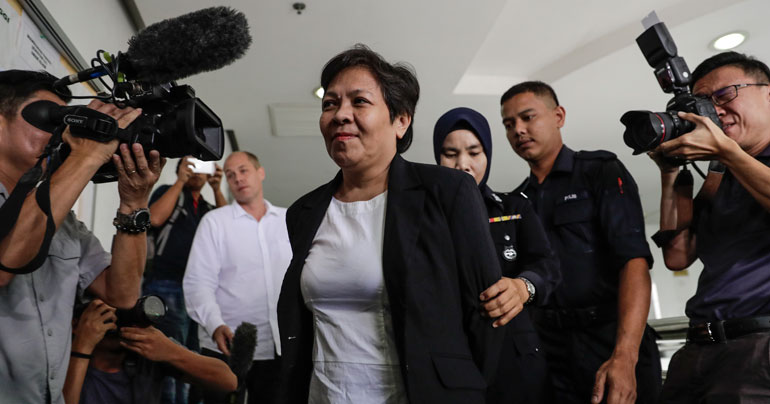 More than 1,200 people are currently on death row in Malaysia. Lawyers For Liberty Executive Director Latheefa Koya said that an abolition would be a welcome reprieve for inmates and their family members.

“Those on death row will have a chance to be spared from the noose. We have over 1000 who have been waiting for years and years, not knowing when their time will be up. It’s one of the cruelest and most traumatic punishments that anybody is put through,” she said.

The abolition means that, in effect, all death sentences pronounced from offences including murder, possession of firearms and trafficking in drugs, to name a few, will be commuted to life imprisonment.

Aptly, plights surrounding the death penalty were captured in a documentary which premiered earlier this month at FreedomFilmFest, a human rights film festival in Malaysia. Melawan Arus (Waiting For Time) follows the complex case of Mainthan a/l Arumugam who has spent 14 years on death row for a murder he claims he did not commit. The case has been heard 19 times and despite new evidence in the case, Mainthan remains on death row.

Lawyer and filmmaker Sharizad Razak said the announcement of the abolition of the death penalty was welcome and timely considering the recent screening of the film in Malaysia, but said that there is still work to be done:

“Although there is a moratorium on executions until the passing of the new changes in the law, we are still working on getting the support from the public and members of parliament for Mainthan’s pardon petition to the Pardon’s Board.”

She added, “we have spoken to a representative of Mainthan’s family. It is a relief for them to know that there is a moratorium on the executions of those who are on death row, but they are still hoping that Mainthan can be released and come home to his family after 14 years away.”

Long time activists and former detainees and survivors of the old regime have expressed cautious optimism amidst the lingering euphoria following the recent change of government as a result of the 14th general election. Despite having voted in the opposition-turned-government of the day, they have learned to be humble and reserved.

“I welcome [the abolition] because I have been campaigning against the death penalty since the early eighties. So has SUARAM, ever since it was formed in 1989. This new PH government has been flip-flopping over several policies and I [wouldn’t] be surprised if they do over this one if there are criticisms of the policy. PH has these policies in their GE14 manifesto and they have been criticised by many for reneging on the promises,” Kua said.

His views are echoed by Charles Hector, a coordinator for the social justice movement Malaysians Against Death Penalty and Torture (MADPET) which has campaigned against the death penalty for years.

“We are very happy about the announcement of the cabinet decision to abolish the death penalty. Our hope is that this NEW Pakatan Harapan will not backtrack on its position, or procrastinate in bringing about abolition. We hope the bills will be passed in this session of parliament and [the] death penalty in Malaysia will be abolished by the end of 2018.”

He added that MADPET’s work will continue even if the death penalty in Malaysia is abolished, as the organisation will seek fair trial, the administration of justice and the elimination of torture. 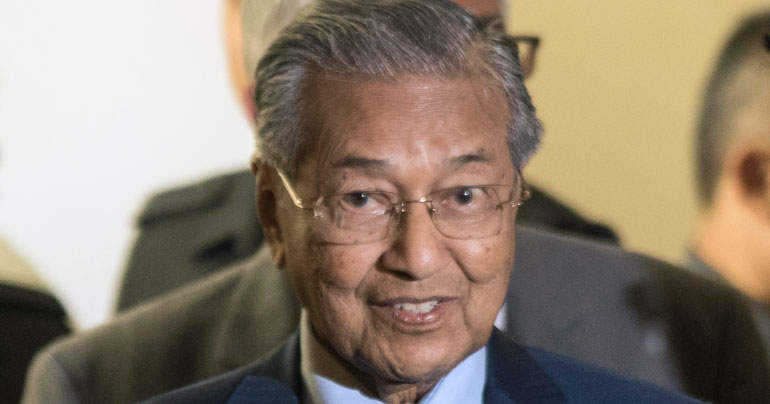 The Convention against Torture and Other Cruel, Inhuman or Degrading Treatment or Punishment (UNCAT) is among a list of core international instruments that are yet to be ratified by Malaysia. In September 2018, Prime Minister Mahathir Mohamad announced during a speech at the UN General Assembly that the new government pledges to ratify all remaining core UN instruments related to the protection of human rights.

“It is important to emphasise that the government also has an obligation to abolish other cruel, degrading and inhumane punishments such as whipping, if its truly committed to upholding human rights,” she said.

While the abolition of death penalty appears almost settled, a different set of challenges surround another archaic law – the Sedition Act 1948. Malaysia inherited the act from the time of British colonisation and up until recently was still using the legislation to investigate government critics.

Rehashing the Pakatan Harapan election manifesto, Minister of Communications and Multimedia Gobind Singh Deo announced last week that the cabinet had decided to suspend the use of the Sedition Act as they prepared a bill to repeal it altogether.

Post-general election, under the new government, rights activist Fadiah was herself investigated under the Sedition Act for an article she authored for the blog Malaysia Muda which allegedly questioned the monarchy in Malaysia, evoking similarities to Thailand’s controversial lèse majesté law.

She was also investigated under the Communications and Multimedia Act 1998 and the Peaceful Assembly Act 2012 in recent months, both laws criticised by rights groups as limiting freedom of expression and peaceful assembly and which the PH government had pledged to review in their election manifesto.

Fadiah attributes last week’s announcements to the hard work and dedication of the Malaysian public:

“The people who acted on their consciousness played an important role in demanding the abolition of the death penalty and the moratorium of the Sedition Act after Pakatan Harapan came into power. These people were reclaiming the democratic space that was promised by the Pakatan Harapan government and their right to participate in setting the direction of politics of this country”, she said.

The Sedition Act has come under fierce criticism from local and international human rights groups for years. They believe the law conflicts with the Malaysian constitution, which provides for the right to freedom of expression. The previous BN government regularly invoked the law against its critics, and indeed, many former current government officials were themselves victims of the act, a fact pointed out by SUARAM founder Kua.

Whilst the motion and intention of elected lawmakers are set, Malaysians are awaiting the outcome with mixed reactions. The views on the death penalty and the need for the Sedition Act remain polarised in Malaysia and the parliament now finds itself in a position where it must provide certainty and consistency over the matter.

The current parliamentary sitting will continue in Kuala Lumpur until 11 December 2018.